Cycling’s governing body has announced the discussion topics of the wide-ranging Stakeholder Consultation exercise, ‘A Bright Future for Cycling’, to be launched early next year.
After consulting all the sport’s stakeholders, the UCI has divided the topics under four pillars: globalisation; anti-doping; riders; and the sports calendar. In addition, governance issues will be considered in all four pillars. 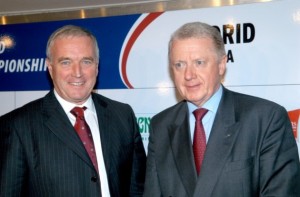 Separately, the UCI has also engaged the international auditors KPMG to carry out a review of the governance of the UCI, as well as that of the Cycling Anti-Doping Foundation (CADF), reporting back in time for its findings to be debated in the consultation process.
The consultation, looking at cycling’s future, will be entirely separate from the Independent Commission, which is tasked to review fully all the issues contained in the USADA report on Lance Armstrong and the US Postal Service Team.
UCI President Pat McQuaid said: “We saw this year at the Olympic Games in London that cycling is one of the world’s most popular sports, both for participants and spectators, and it has a bright future. We want to make it an even more popular sport. This is what the consultation exercise will focus on.”
McQuaid continued: “All cycling stakeholders were consulted on the issues to be discussed. We listened to their feedback and have ensured that all their priority issues were included as topics for discussion. We must all work together to recover from the damage which the Armstrong affair has undoubtedly done to our sport, the sport we all love and cherish.
“The world is moving forward and cycling has to keep up – as all cycling enthusiasts know, when the peloton moves forward you either keep up or get left behind.”
The detailed logistics of how the stakeholder consultation exercise will be run will be announced in early January 2013. The consultation will also be extended to cycling’s millions of fans using social media channels such as Facebook and Twitter.